What will be the talking points of Arival 2018?

What will be the talking points of Arival 2018?

It’s been a pretty transformative year for the tour & activity industry, and it seems like Douglas Quinby and his team have timed the creation of Arival just perfectly. They have now positioned this as the premier event for technology in tours & activities.

This year, the largest players in the travel industry finally got off the fence and made some bold investments in the industry, including Booking Holdings, TUI, Google, and of course TripAdvisor which further underlined its interest in the sector following its acquisition of Viator in 2014. On top of that, there have been some large fundraising rounds on both the demand and supply side, with marketplaces such as Klook also indicating the burgeoning interest and potential from Asia.

One big player, as yet, has not made a firm move.

Expedia remains on the sidelines and I’m sure there will be many conversations over cocktails in Las Vegas about what their next move will be. Alongside that, the future of Getyourguide as an independent marketplace may also be debated in this context. It’s larger more vertically integrated competitors have strengthened their access to supply, and some of it’s smaller competitors have been acquired by larger travel players i.e. TUI’s acquisition of Musement. Will it continue to go it alone?

From the outside looking in, it looks like the industry is maturing and consolidation is happening as a result. But, as an Insider, we feel that it’s far too early for that. This year we’ve seen a number of marketplaces we’ve connected to match some of their more vaunted peers. We’ve seen merchants understand the challenges a more multi-channel world presents for them and start to take steps to invest in the future. We’ve seen more online bookings than ever before.

On the flip side, we continue to see supplier inertia in using technology and underdeveloped distribution standards for API connections to OTAs. We are working hard to address these gaps to ensure suppliers, sellers and buyers can ultimately provide, market and enjoy experiences as seamlessly as possible.

We hope Arival is buzzing with the energy of the opportunities that continue to present themselves in tours and activities.

In 2018, Skift released a blog titled ‘why everybody now wants a piece of the tours and activities sector’. Well, industry projections of the sector are now valued at around $150 billion annually and this is expected to continue to grow by nine percent annually over the coming years. Our sector is now one of the largest opportunities in travel.

It’s been a prominent year for the tours, activities and attractions industry with large-scale acquisitions, business shake-ups and investments. With Arival, an event that advances the business of in-destination experiences kicking off next week, we wanted to take a look back at what has changed in the industry since the last event, and what we expect will be the talking points between industry experts.

In early 2018, TUI Group announced its plan to grow presence in the in-destination sector. By March, TUI announced the purchase, at a value of $136 million, of a destination management unit from Hotelbeds Group.

Becoming part of TUI Destination Services, this unit will assist with the handling of tours, activities, transfers and excursions.

“The global market for these services is growing. Four factors put TUI in an extremely good starting position: our strong international brand, the trust of 20 million customers, the trust of the destination countries through decades of presence and, most importantly, our world-class IT and CRM systems, in which we have invested in recent years,” said TUI CEO Fritz Joussen.

Announced as the biggest deal yet in the tour & activities industry, Booking Holdings acquired U.S. based booking software provider FareHarbor in April 2018.

FareHarbor, founded in 2013, claims to have more than 5,000 tours and activity providers using its software in the United States. It was long-speculated that Booking Holdings would purchase GetYourGuide, an existing activities marketplace, but the purchase of FareHarbor showed that the business is building market entry from the booking technology side instead.

CEO Gillian Tans said, "Today travel is fueled by technology, yet the local experiences and attractions marketplace is still largely offline. FareHarbor's technology allows local tours and attractions to easily bring their businesses online. We see an immense opportunity to leverage this technology to bring more local experiences online, benefitting the entire global travel ecosystem for both consumers and local businesses by allowing them to connect instantly through a seamless digital experience."

A day after the Booking Holdings announcement, TripAdvisor announced their acquisition of Iceland based booking software provider Bokun. It was interesting timing, as TripAdvisor has also placed an offer for FareHarbor earlier in the year that was declined.

Founded in 2012, Bokun is the dominant booking software provider to tour & activity operators in Iceland. At acquisition, TripAdvisor announced a change the Bokun business model where pricing would change from subscription plans to a per-booking model. It is now offering a free three-month trial and 0.1 percent commission per booking in a bid to take market share.

Dermot Halpin, President of TripAdvisor Experiences and Rentals, said, “As the industry leader, our opportunity in this space is enormous, We’re committed to taking the experiences sector far beyond its current online penetration of just 20 percent, and Bokun will play a critical role in this mission.”

This month, TUI Group acquired Milan-based start-up Musement to utilize their back-end technology to give more personalized products to travelers.

Launched in 2013, the Musement platform offers around 35,000 tours and activities in 1,100 cities around the world. As part of the acquisition, Musement will remain independent within TUI Destination Experiences and will gain access to TUI’s 20 million customers.

Fritz Joussen, CEO TUI Group, said of the acquisition, “We are aiming to provide the most highly personalized experiences possible to our 20 million customers. This will require a stronger digitalization of our business. For me, digitalization and personalization are inextricably linked and constitute the key success factors for the future of tourism. With the acquisition of Musement, we are taking a further crucial step in this direction.”

Earlier this year, IfOnly, a San Francisco-based online agency for booking activities and experiences, raised $20 million in Series D funding. This round brings the total raised to more than $40 million.

TourRadar, an Austrian-based company who differentiate against their competition by offering multi-day activities, received $50 million in a Series C funding round. The company raised $500,000 back in mid 2014 and a further $6 million in 2016. The new funding will be used to hire more employees and invest in technology.

In the largest funding round for a activities booking agency to date, Klook closed a Series D round with $200 million to fund expansion in the US and Europe. Claimed to be the newest ‘Unicorn’ business, the Hong-Kong based start-up has raised nearly $300 million in capital to date. 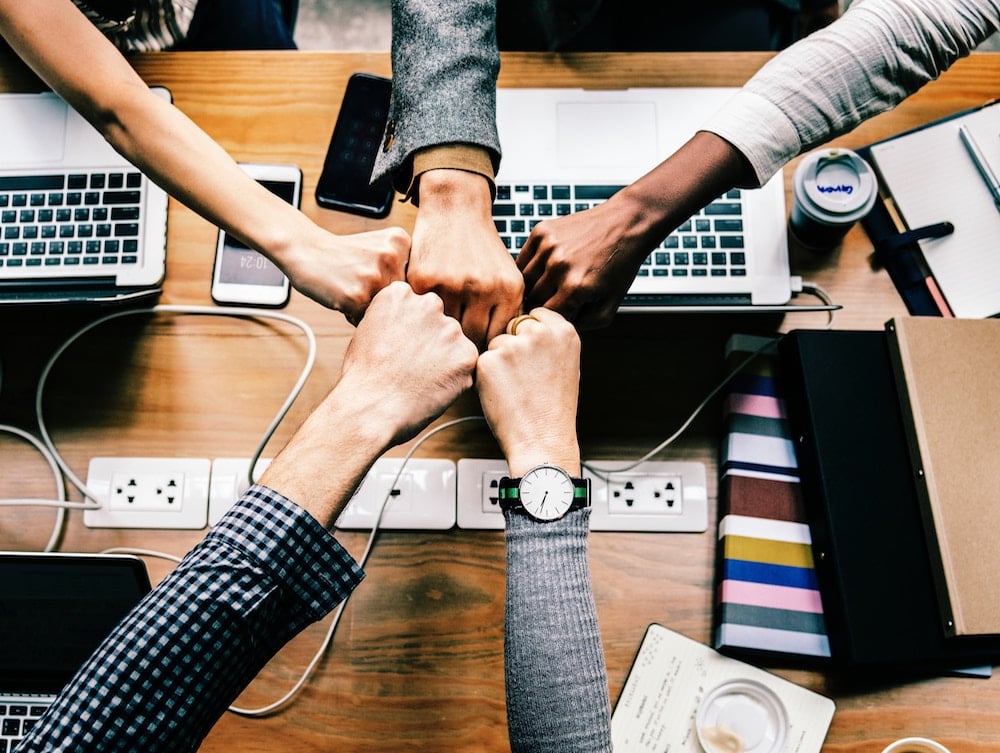 The end of GoBe

Proving that entering the tour & activities market is no easy feat, GoBe, a tour booking site owned by Caribbean Cruises and launched in 2017, announced in May that they will no longer be accepting new reservations.

The GoBe website stated: “GoBe was launched to provide a fun, intuitive way for travelers to book tours and activities all over the world. Unfortunately, we will not be accepting any bookings.”

At its debut, the website offered over 4,000 activities through tour operator partnerships. The second-largest cruise operator in the world declined to disclose how much had been invested into the platform.

Rob Zeiger, global chief communications officer at Royal Caribbean Cruises said, “We had a good team with a lot of ideas. It’s just always hard to be a start-up and break through into a large, established marketplace.”

This year, Google quietly began building their own search engine for the tours and activities sector. Named TouringBird, it was originally created as a test site built within Google’s division Area 120 however, it quickly caught the attention of those in the industry.

What makes TouringBird unique? Other services such as PocketVillage and Flextrip have created metasearch-type tools for tours & activities, but TouringBird has taken this one step further by offering a bundling element which is said to be ‘absolutely unique’ to the sector.

A potential customer can visit the website or app, and select to book a trip to the Eiffel Tower in Paris. They then have a range of tours to choose from a range of marketplaces, this first of its kind for tours & activities. Data is pulled from API connections with OTAs such as Musement and Viator. Once the customer selects their tour choice, they are then offered more options such as skip the line or other attractions to visit. As the customer builds a package, TouringBird automatically selects the best buddle from marketplaces that matches their criteria. The site is effectively ‘unbundling’ the packages offered by an OTA to give the user the best option and price.

Built on reviews from real people around the world, TripAdvisor recently shocked the industry with a big announcement - They would soon add professional published reviews from companies such as National Geographic, Business Insider and the Travel Channel as well as from trusted bloggers and social media influencers.

“We are going social and we are getting personal,” TripAdvisor CEO Stephen Kaufer, who co-founded the company told press in Manhattan. “If I’m going to London, the last thing I want to do is read 1,000 hotel reviews. I want inspiration.”

This move is a completely new direction for TripAdvisor, and according to Skift, something Stephen Kaufer sees as a big deal. The new design is expected to be globally launched on all devices by the end of 2018.

With so much interest and development in the tour & activity industry, we are excited to see what will come from Arival 2018. For the sector as a whole, we are sure this is just the beginning of much more to come!

Our team will be attending WTM 2018. Arrange a meeting here:

Stephanie has worked in marketing for over 8 years in various business sectors. She loves exploring and taking part in tours & activities around the world.
Recent Posts

5 reasons why revenue management is important for tour operators

How to make your tour business stand out with Video Marketing